In celebration of Women in Translation Month, the LTAC is proud to announce the podcast Écrire la fureur. Femmes poètes en traduction. This podcast, which aims to highlight the place of women in the field of translation and the importance of translation in the promotion of women’s writing, focuses on two major figures in Quebec and North American poetics: Nicole Brossard and Adrienne Rich. This first episode features Chantal Ringuet in conversation with poet, novelist, and essayist Nicole Brossard.

A project created by Chantal Ringuet with the LTAC, with contributions from Élise Turcotte and Sherry Simon, in partnership with Littérature Québécoise Mobile and the Conseil des arts de Montréal.

Listen to the first episode on Anchor.fm or on Spotify! 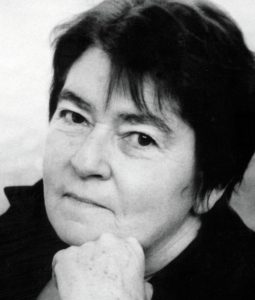 Poet, novelist, and essayist, born in Montreal in 1943. Winner of several literary awards including the Governor General’s Award (1974, 1984), the Prix Athanase-David, the Canada Council for the Arts Molson Prize and the Prix international de littérature française Benjamin Fondane for her body of work. Since 1965, Nicole Brossard has published over forty books, including Le désert mauve, Installations, La lettre aérienne, and Ardeur. Most of them have been translated into several languages. She is also co-founder of the literary journal La Barre du Jour, the feminist journal Les Têtes de Pioche, co-author of the Anthologie de la poésie des femmes au Québec, and co-director of the film Some American Feminists. She has been a member of the Académie des Lettres du Québec since 1991, an Officer of the Order of Canada, a Knight of the Ordre national du Québec and a Companion of the Ordre des arts et des lettres du Québec. Her most recent publications include Lumière fragment d’envers, Temps qui installe les miroirs, Et me voici soudain en train de refaire le monde, and Avant Desire: A Nicole Brossard Reader (edited by Sina Queyras, Erin Wunker and Geneviève Robichaud).

Adrienne Rich (1929-2012) was an American poet, essayist, and feminist intellectual. Her first collection of poetry, A Change of World (1951), won the Yale Younger Poets Award and set the tone for an over 60-year career of acclaimed public introspection and poetic innovation. Her third volume of poetry, Snapshots of a Daughter-in-Law (1963), is considered a turning-point in her writing, as she moved away from formal poetry aligned with Yeats and Auden and began writing more radically about social justice, the anti-war movement, lesbianism, and radical feminism. In addition to the National Book Award, which Rich won for her collection Diving into the Wreck: Poems 1971-1972 (1973), she received many prizes and commendations, including the Ruth Lilly Poetry Prize, the Lannan Lifetime Achievement Award, the Bollingen Prize, the Academy of American Poets Fellowship, and a MacArthur Genius Award. Rich’s numerous essay collections, including A Human Eye: Essays on Art in Society (2009) secured her place as one of America’s preeminent feminist thinkers; her writing of the 1970s and 1980s still serve as central texts for the second-wave feminist movement. She died in 2012 at eighty-two years old and remains one of the most widely read and influential poets of the second half of the 20th century. 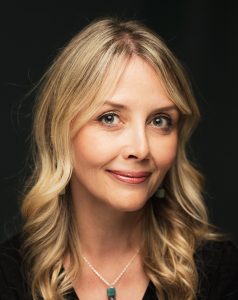 Born in Quebec City, Chantal Ringuet is a writer and literary translator of singular voices in Yiddish literature and modern art. In 2015-2016, she was a fellow at YIVO in New York, where she researched the correspondence between Rachel Korn and Kadya Molodowsky, the subject of research conducted as scholar in residence at the Hadassah-Brandeis Institute (Brandeis University, 2016). In 2017, she was literary translator-in-residence at BILTC in Banff. She is a member of the LTAC.

Sherry Simon writes widely about language and memory in cities from Montreal to Barcelona, Trieste, Calcutta, Lviv and Czernowitz. After her prize-winning Translating Montreal (2006) and Cities in Translation (2012) she recently published Translation Sites. A Field Guide, an exploration of places (hotels, markets, gardens, monuments) whose meanings are shaped by a clash of histories and languages. She is a member of the Académie des lettres du Québec. She taught in the French Department at Concordia University.

Poet and novelist Élise Turcotte is one of the great voices of contemporary Quebec literature. The author of a multifaceted and constantly renewed body of work, she has written several collections of poetry, including Piano mélancolique, Ce qu’elle voit, La forme du jour and À mon retour, all published by Noroît. Her novels, including Le bruit des choses vivantes, La maison étrangère, Guyana and L’apparition du chevreuil, have all received critical acclaim and prestigious awards. She has also written for youth audiences. Born in Sorel in 1957, Élise Turcotte lives in Montreal.