The Literary Translators’ Association of Canada is honoured to support the Maison de la littérature‘s very first translation residency and, in doing so, to foster a space for close collaboration between two creators as they reimagine the source text in a new language.

During her residency at the Maison de la littérature, Julia Jones will be working on the English translation of Maude Deschênes-Pradet’s novel Hivernages, published in 2017 by XYZ. Following a three-week residency at the Banff International Center for Literary Translation in June 2018, the translator will collaborate with her author to develop her first book-length project.

Subsequent to the two-week residency for the English translation of the novel Hivernages, Jones and Deschênes-Pradet will invite the public to take peek behind the curtains of what is typically a solitary endeavour. The two artists will offer a glimpse of their creative adventure, give an overview of the challenges they faced during the translation process, and read excerpts from the novel in both French and English. The closing ceremony will be hosted by Sonya Malaborza, the LTAC representative for the Atlantic Canada.

More on the residents: 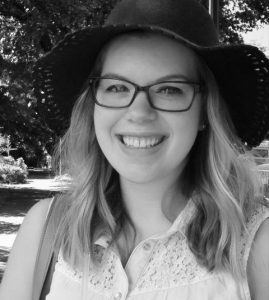 Julia Jones is a Montréal-based emerging literary translator. Originally from Edmonton, she completed a bachelor’s degree in French at Dalhousie University and a master’s degree in Translation Studies at Concordia University. She also worked as an English teacher in both France and Québec before discovering her passion for translation. Her literary projects include a co-translation of Mauve Motel, a series of epistolary exchanges by Simon Dumas and Nicole Brossard, and her ongoing translation of Hivernages by Maude Deschênes-Pradet. She had the pleasure of working on Hivernages in collaboration with the author during a residency at the Banff International Literary Translation Centre in June 2018.

Maude Deschênes-Pradet is a writer 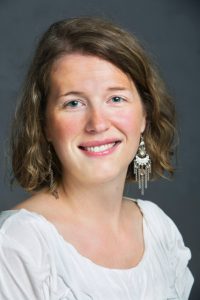 , lecturer in creative writing, and yoga teacher. She has published two novels, La corbeille d’Alice (finalist for the Senghor prize for the first Francophone and Francophile novel 2014) and Hivernages (Horizons imaginaires 2019), both published by XYZ. She obtained a doctorate in literature and creative writing from the University of Sherbrooke for her thesis on invented spaces, which has recently been published by Lévesque éditeur (Habiter l’imaginaire : pour une géocritique des lieux inventés, 2019).

Tweets by @attlc_ltac
Go to Top